skip to main | skip to sidebar

WE HAVE A NEW BLOG SITE !

ONCE FORECLOSED, PROPERTY CAN NO LONGER BE REDEEMED.

Public Act 123 of 1999 has reduced the time frame in which delinquent taxes can be paid, from 5 years to approximately 2 years. Tax bills delinquent for a one year period will now incur a higher interest rate (1.5% per month, as opposed to the current 1%), along with additional fees, such as the $175.00 forfeiture fee. If taxes remain unpaid for a two year period, the property will be foreclosed and sold at a public auction held by the State of Michigan. ONCE FORECLOSED, PROPERTY CAN NO LONGER BE REDEEMED.....( Link shows timeline & FAQ's)

Another Win at the Michigan Tax Tribunal

Just saved another client about $1700/yr in taxes while getting 2 back years of reduction for another and saving about $900.

On another protest, about $4400/yr for a 2 year judgement, was won at 3rd and final appeal/hearing.
Posted by networth101com at 9:04 AM No comments:

Residential and commercial properties have steadily decreased in value over the last four years, enough of a decline that experts say this year's assessments are likely to spur exponential increases in tax bill appeals.

One local expert projects a 1,500 percent increase in the number of property tax appeals in Metro Detroit, and few municipalities may be equipped to process them all after they send out there 2008 assessments in February.

"What I've been telling everyone is this: As soon as you get what we call your 'pink slip' from the county - the paper that tells you what the value of your property is, and what your SEV is - call to make your appointment to appeal," said Phil Seaver, owner of Bloomfield Hills-based Seaver Title. "As soon as you have it in your hands, you need to make that appointment or you may not get one."

Seaver is pessimistic that there will be enough appointment slots for everyone who wants to appeal their tax bills because even though property values have fallen by some 23-27 percent in the last four years, he's not heard of any communities which are adjusting staffing levels or making plans for what he believes will be a huge wave of appeals.

At the same time that property values are falling, tax bills are increasing, Seaver said.
"Many municipalities are expecting shortfalls in their budgets, due to falling property values, and few are inclined to scale back tax rates or to assess properties based on the realities of the market," Seaver said. "Unless there are dramatic reductions on tax bills, we're going to see a large wave of appeals. And that will depend on whether assessing departments take into account reality or fiction."

The drop in property values is closing the gap between taxable values and property values, which allows property owners to appeal their tax bills, according to Seaver.

"Property values have fallen more this year than in any other year, which puts a very high amount of properties onto that thin line where the SEV may indeed exceed the taxable value," Seaver said.

Further, anyone who has bought and sold property could qualify for an exemption in the state transfer tax, Seaver added.

"If the current SEV is lower than when you bought your house, you do not have to pay that state tax of $7.50 per $1,000," he said. "That provision was rarely used before. Now every listing is being reviewed by knowledgeable listing real estate brokers on every property, particularly if it was purchased in 2001 or later. Because of this clause and the reduced volume, the amount of taxes paid to the state for transfer tax will be dramatically reduced."

When it comes to the appeals process, businesses go through the same steps as homeowners, Seaver said.

"You have to go through the local board of review, and if you disagree there, you go to the tax tribunal at the state level," Seaver said.

Tom Richardson, co-president of Liberty Title Co. in Ann Arbor, Rochester, Detroit and Jackson, said the appeals process comes down to an issue of fairness.

"I think people are going to fight their tax bills. We're going to see a lot of that this year, I think," Richardson said. "Proposal A worked 15 years ago. But now we have properties uncapping after 15 years, and it's prohibitive when it comes time to sell. Besides, there is the drop in values and increase in taxes, which doesn't make sense to most property owners.

Further, he said, assessors are sometimes selective when it comes to staying current on assessments, which can create unequal treatment within a community.

Rick Mangen, who is on Pittsfield Township's board of review, is expecting a busy season after tax bills go out this spring.

"We're anticipating being much busier this year than we were last year. Last year was a bit of an uptick," Mangen said. "We'll be even busier because people have bought into the fact that there is a real estate problem, and it doesn't make any sense to them when their taxes go up.

In some cases they have tried to sell their homes, and the assessor's evaluation is an average. Whereas if you have the house appraised today, you're getting at what is the market value today."

"The mass appraisal process has worked in our favor as homeowners since World War II. Just pick a year, and your market value may have been two times your SEV. That's because the mass appraisal process uses a two-year sales study," Mangen said. "Some of those figures are more than 2.5 years old. And no one complains until we run into an interruption. Then that same process works to our disadvantage and a lot of people are incensed."

Offered thru Genesee Co. MI, but most are applicable to all of MI
Posted by networth101com at 4:15 PM No comments:

Here’s the story:
Every good appraiser knows there are just three basic things behind winning a property tax appeal --
(1) a decent format ...
(2) keeping your comparable's similar ... and
(3) making acceptable and reasonable adjustments for each particular valuation category.

Typical errors are costing you hundreds or thousands

For you DIYers, here's a short list....let us know if it helps !

How many of these typical errors are costing you hundreds or thousands of dollars a year?
Posted by networth101com at 6:01 AM No comments:

What the Assessor Really Does

Blog host note: This is one of many examples of what my research assistant found.

This will be scattered and not pretty, because, I'm not a writer, I'm madder than a wet hen, and this is a rough draft. (It will probably be a rough draft forever)

Last year after years of assessments too high, verbally protesting them, and being told I had to have an appraisal, I got an appraisal. I took it to the county assessors office and they told me it was too late and they would put it in my file. This year I got an assessment for about $3000 higher than last years and $15000 higher than the appraisal. I figured there was a mistake and called them and they said that was last years appraisal and wasn't good any more. The appraisal was 4 months old at the time of the alleged assessment, so I went down and filed for a formal hearing.
Today the hearing finally rolled around. The hearing officers were a half hour late and we stood around in the halls like cattle waiting. When they finally arrived they called us all into the chambers and explained the rules. Then we were all herded back into the halls to wait our turn while they proceeded one at a time. Some 4 hours later it was our turn. I thought, finally we can get this cleared up.
When my wife and I went in they asked us if we had any evidence and we told them we had an appraisal. The County Assessors attorney and assistant proceeded to tell them that we had an incomplete appraisal and it shouldn't be considered and that they had re-assessed it for a lesser amount that was correct. When asked if they had looked at the house the assistant said yes she was sure they did because the style was changed. We went in as public citizens and the county assessors officers blind sided us like it was a Perry Mason novel and we were hardened criminals they were out to get instead of the public they were elected by and sworn to represent. They had nothing to support their claims other than a loophole in our appraisal and that could have been remedied a year ago if they had notified us.
The County Commissioners tried to do the right thing and give us time to collect the missing documentation but it was stated by the County Attorney that all evidence had to be in 15 days after the notice or 15 days before the hearing, I don't remember which. The additional evidence was deemed to be inadmissible and the board turned us down.
It's my opinion that the County Assessor committed fraud or at the least malfeasance by not notifying me of the missing documentation that they intended to hold up as evidence against me that the appraisal was not valid. All they had to do if they had an incomplete appraisal was tell me it was incomplete and I would have got them what they wanted. They never told us there was anything wrong and never requested any more information.

What Happened to the rest of the appraisal:

After I got home I looked at the original appraisal and it was indeed about 12 pages more than they had. As soon as I looked at it I remembered what happened. Last year I went to the county assessors office with the appraisal as soon as I got it. They removed the staple and made the copies they wanted and put in a new staple and returned it to me. Apparently at that time they didn't think the rest of it was as important as it now seems because they were the ones that decided how much of it they needed, not me.

If you think the elected officials will work in your best interest wake up! They think their job is to maximize revenue by any means possible. I really thought they wanted to establish a correct fair market value for the property...boy am I naive. They are not above board and will use trickery and cheating to get the money out of you if they think that's what it takes. I'm going to be looking into fraud charges against the County Assessor, but I'm afraid the Sheriffs Dept. and the County Attorney won't be very willing to help and I can't afford a lawyer. If you have any ideas please email
Posted by networth101com at 4:40 PM No comments: 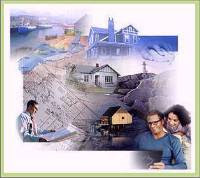 FAVORITE LINKS TO ASSIST YOU

Have you filed a successful protest ?